My experience having a Sugar Daddy 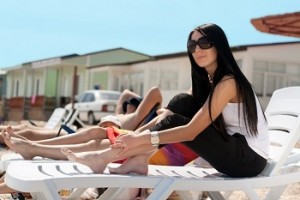 How to get a sugar daddy Mexico? Try SHARING SUGAR
Hello, my name is Montserrat, I am 23 years old, I am from Mexicali, Baja California, but currently I live in Tijuana and then I will tell you about one of my experiences as a sugar baby, I have always considered myself a very adventurous girl and who is not afraid to experiment nothing new, so when I decided to start in the sugar world I did it very decidedly and with the intention of getting the most out of it.
When I met my sugar daddy whom I will call “Pablo” a 42-year-old engineer, I had already had other encounters with other possible sugar daddies but in the end, for one reason or another we had not managed to get anywhere, for work reasons Pablo traveled to my city two or three times a month and we only needed 2 appointments to reach the perfect agreement for both of us, this consisted of every time we met we would go out to dinner or have fun in a bar (nothing was very different from a traditional date) just He would give me 4000 pesos in cash to help me with my expenses and if I needed something before our meeting I could ask him since we are always in contact.
At the beginning, we saw each other twice a month and with everything he was fun and good times he is a very attentive, passionate, chivalrous and above all generous man, the connection between Pablo and me has always been very good, that's why when he informed me that he would stop going to my city I felt very sad and not only because he represented an economic benefit in my life but also because for about 10 months that we had been together I was already very used to him, to write to us every day, to to be able to tell him my affairs and to wait for his arrival.
On his last trip and what was supposed to be our last meeting, time flew by we hardly realized it, but the night ended and it was already the day that he had to leave and this time he knew that he would not return, where We said goodbye and he gave me more money than usual a little over $ 8,500. He told me that he will be good for me, that he takes care of me and that if I ever needed something, I would not hesitate to look for it.
After that farewell I was sad for a few days but as always the show should continue, I had already discovered how convenient it is to maintain a relationship like this and I was about to find another sugar daddy, I returned to the website where I met Pablo and arranged a meeting with a man named Edwin, he was a lawyer who lived in San Diego and was only spending a few days in Tijuana, so basically he was just looking for a chance encounter with some local girl, I do not judge him nor do I judge the sugar babies who They like these kinds of encounters, but that was never what I was looking for; casual encounters with someone I don't know is not something that catches my attention, so I went back to the search, this time I was not as lucky as the previous time and the fact of finding my sugar daddy was taking me longer than I had I imagined little by little I stopped reviewing my profile on the website and I was forgetting a little about this whole thing.
Something I forgot to mention is that I was studying architecture, all my education paid for with the help of my parents and some occasional work that I did as an aide. Honestly, I stopped liking the architecture career shortly after I started, but I couldn't leave it because that would cause me a big problem at home.
The days passed and the topic sugar baby I forgot more and more. Occasionally Pablo and I greeted each other, back then I was still in my hometown and we caught up on our lives, but nothing more. Until one day his greetings came to me with a rather unusual proposal, since he wanted me to visit him in Tijuana. He knew that I had never been there and he wanted me to meet him at his side, I doubted it a bit, but in the end I accepted.
We planned the trip for the next weekend my parents invented that it was a school trip (the best thing is that you always tell someone who and where you will really be for safety reasons, when I saw him I felt so much emotion that I only I was able to run to him to kiss him. 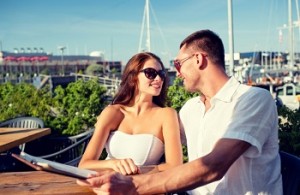 Pablo is a little less expressive but even so you could tell he was also excited, it was my first time in the city so he took me to the most touristic places among them and the one I remember with special affection was the "ball", better known like the CECUT, as well as the avenue revolution or better known as "la revu", hundreds of great places on that avenue, we ate delicious in a restaurant called Caesar's and during our meal came the most unexpected proposal but it has changed my life, Pablo I wanted him to visit him 2 to 3 times a month and to maintain the agreement that we previously had in Mexicali, although it was a very tempting proposal I could not forget that I lived with my parents and that I could not justify my trips. I asked Pablo my reasons for hesitating to accept his proposal; He told me not to pressure him to enjoy the moment and to meditate on it when he got home.
I did so and the idea enchanted me, but again the fact of continuing to live with my parents slowed me down, Pablo knew that I was no longer comfortable with the career I was studying and that the only reason I continued with it was because of the pressure of not being able to leave things halfway. So one day he called me on the phone saying that we could change our arrangement a little, and he proposed to move to Tijuana and change careers or continue with mine if he so decided, he would help me with all the expenses, the idea sounded excellent, But what else did he expect in return? What would we live together? Weren't we sugar daddy and sugar baby anymore? Were we dating now?
I asked him all the questions that came to mind, he laughed and reassured me, he explained that apart from the physical attraction he felt for me, in the time we had been together he had taken a lot of affection for me and had given He says that although I was very brave for many things, I was “wasting” a bit my youth studying a career that I really hated, so I was simply giving myself an alternative to discover what I really wanted to do. Another point to take into account is that he traveled a lot and that for the same reason he could not maintain a "traditional" relationship since his free time was really very scarce.
I would be lying if I said that making the decision to move was quick and easy because it was not, part of me was afraid that Pablo would get bored with me or that I would not get used to a new city, but I knew that the opportunities many times they show up once and if you don't take them you will surely regret it.
I was very scared to talk to my parents and I apologized for everything they had already spent on me and my university, I was very honest and I told them that I hated architecture, that I could not understand almost anything and that I could not continue doing something that beyond making me feel good I was frustrated, they got angry of course and it is logical, but their attitude changed when I told them that not only would I leave the university but I would also move, I am their only daughter so they had mixed feelings that from their point of view I was "losing" sight after talking to my parents and everything became easier for me and although at first they did not agree, they later supported me. 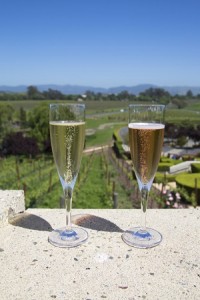 I moved 7 months ago and thanks to Pablo, adapting has been very simple, we do not live together, but whenever he has an opportunity he is dedicated to showing me the city and sharing moments with me, we make trips to the surroundings, such as, for example , last weekend we went to Valle de Guadalupe, and I fell in love with that place, Ensenada is really beautiful; In a few months I will enter a new university and I plan to study international business. And yes, I still think that opportunities sometimes only happen once in a lifetime and you have to take them, I am very happy that I did it and I would certainly do it many more times.
CONTACTO SHARING SUGAR 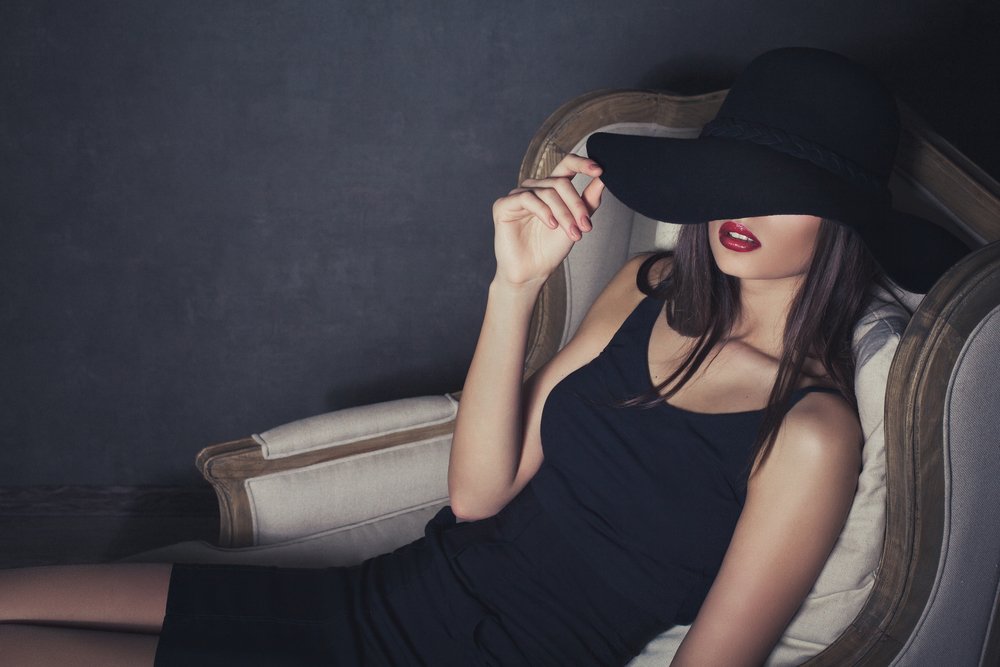 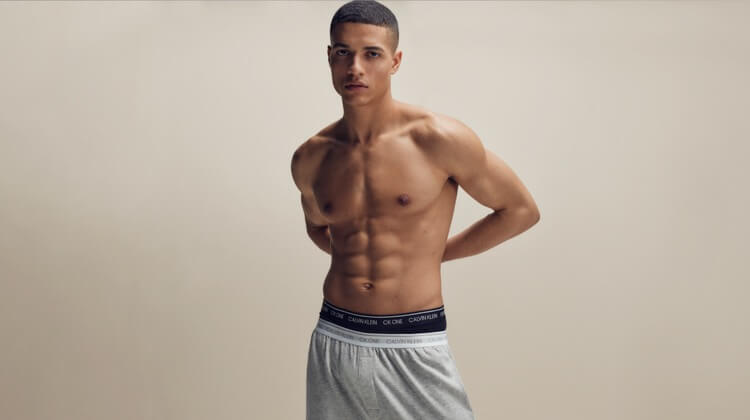 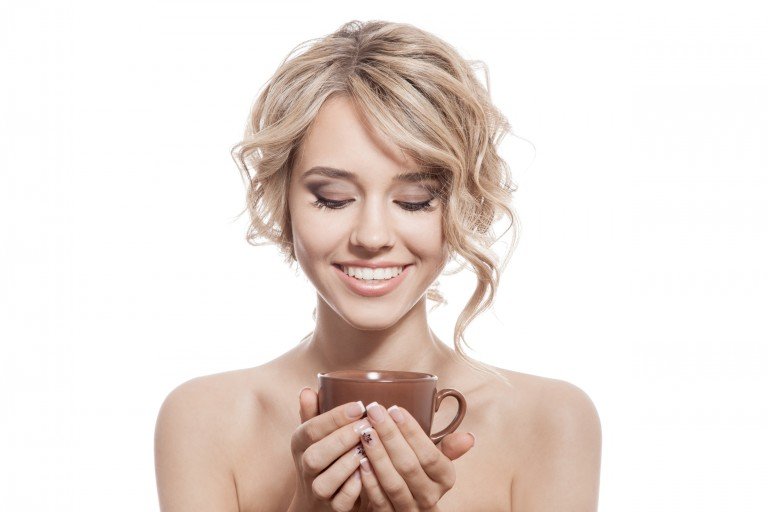